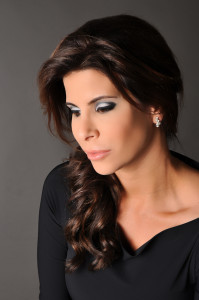 From New York City to France,

Teresa Williams has delighted audiences around the world for over two decades. She began her musical career with studies at the New England Conservatory of Music and received both her Bachelor and Master of Music at the State University of New York in Buffalo. During her studies she sang with the Buffalo Opera Company under the direction of Gary Burgess.

Following her studies she toured with the Buffalo Philharmonic Orchestra during their summer concert series as the featured vocal soloist.  Later she resided in New York City where she continued performing carrier.

As a classically trained soprano, Teresa has performed as a featured soloist with the Greater Buffalo Opera Company, the Buffalo Philharmonic Orchestra, the Civic Chorale of Greater Miami, the Palm Beach Singers and the Amherst Saxophone Quartet, just to name a few. She has brought to life such roles as Semele in Handel’s “Semele” and both Gabriel and Eve in Hayden’s “The Creation.” Her superb voice has charmed audiences at the Nice, France music festival and at the Weil Recital Hall in Carnegie Hall. She has also toured with pianist LeeAnn Overton in a series of concerts throughout the United States and Bermuda.

Teresa appears continually on the stages,combining her expressive vocalism and exceptional gifts for communication with her dynamic stage presence. Her programs include classical repertoire of Italian Opera, English art songs, as well as the popular music of Broadway musicals, jazz and standards.

Teresa is honored to have serve for several years as an official judge for the Junior Orange Bowl choral competition, Coral Gables, Florida.

When not inspiring standing ovations,

she is spending time with her two children as well as attending to her real estate companies.  Teresa is the founder and Broker of Prospera Realty & Prospera Management, Serving the Florida commercial and residential real-estate market since 2001. In addition she is acting as director of business development for Ovation Realty Management.